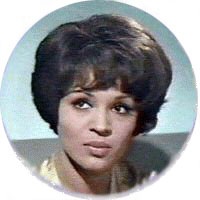 Born in Liverpool England.
Father is African, mother is Irish.
Started out in show business by being a singer, later worked as an actress.
Attended the SPACE CITY (93), UFORIA (88), FANDERSON 91, DANGER ZONE (95) conventions.